My Five Cents on Fifty Shades of Grey 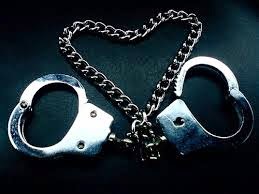 Fifty Shades of Grey is a hot button issue whether you love or hate it. My initial disclaimer is that beyond downloading the sample of the first book on Amazon, I haven’t read the Fifty Shades books nor have I seen the movie and I have no desire to. Honestly, Christian Grey sounds like a monumental douchebag and Anastasia Steele has the personality of a wet dishrag. I won’t even touch on the issue that these stories are essentially adaptations of the Twilight books (that’s Stephenie Meyer’s fight, not mine). Overall, I’m not a fan of E.L. James.
That being said, I do identify with something that is happening to her. She’s being vilified for writing a fiction story. I haven’t seen anywhere that she claims to be an expert on BDSM or that she set out to write a self-help book or an academic piece on relationships. She writes FICTION. Part of writing fiction is implementing creative license, stretching the imagination and pushing boundaries. It’s about an escape from reality.
As an author, I’ve been slammed for being “socially irresponsible” in my books because my characters have unprotected sex. In that vein, as fiction writers, I don’t feel that it is my, or Ms. James’, responsibility to provide lifestyle advice to readers. Would I take a rock star home and fuck him without a condom like my character did in Unraveled? Absolutely not. But never once, in my fantasies, does some hot guy stop and pull out a condom before he does the deed. Again, it’s fiction and my target audience are adults that I’d like to assume are smart enough to know that fantasy and reality are two different things.
From what I’ve heard, the relationship depicted in FSoG is not a healthy one, not one I’d like to see my daughter or son in. People seem to be afraid that this one series will make our daughters victims and turn our sons into predators. Really? I’m more disturbed that society seems to think that popular fiction is responsible for who our children turn out to be than the dysfunctional relationship James depicts in her book.
In my Bad Blood Empire series, I write a vampire character who has rough sex with his human girlfriend. He bites her and holds her down. She knows he struggles with wanting to kill her and she loves and chooses to stay with him despite the danger. She’s even excited by the possibility that he might hurt her. Does this make me a bad person and an irresponsible writer?
I enjoyed American Psycho and found Christian Bale’s portrayal of Patrick Bateman enticing. Does this make me sick?
I’ve played the Grand Theft Auto video game with my kids. Does this make me a bad parent?
The answer to all these questions is a resounding NO and here’s why: I write fiction and trust that my readers are smart enough to recognize that fucking a rock star without a condom is a bad idea but it’s fun to read. I can be turned on by a hot psycho without thinking it’s okay to really kill people. I can play a violent video game with my teenagers because I’ve raised them with strong moral compasses. They don’t shoot cops or beat up hookers because of a video game depiction of same. Likewise, I don’t expect my daughter will find an abusive relationship appealing because she watched FSoG and my son won’t be a domineering prick because Christian Grey is popular.
Be responsible for yourself. Teach your children right from wrong. Instill confidence and foster self esteem in your girls and compassion and respect in your boys. If you hated FSoG, by all means don’t be afraid to say so. If you loved it, go right ahead and sing its praises.
Anyone who knows me knows that I’m a huge supporter of freedom: Freedom of expression, freedom of speech and freedom of choice. E.L. James is free to write what she pleases. The masses are free to speak out about the content of her books. YOU are free to choose whether or not you read these books or see the movie. The fear I have is not that people are okay with romanticizing abusive relationships but that the opponents of these books encourage censorship and censorship, in any form, is more fucked up than Christian Grey’s butt drawer.