Branded by Sin Will be Here Next Week


So, Branded by Sin, the first book in my Bad Blood Empire series, will be released by Ellora’s Cave on July 16, 2014. SQUEEE! Sit down and prepare to be amazed.

Look at that cover! I tip my hat to the art department at EC, they’ve outdone themselves with this one. I’m beyond pleased. Seeing something I dreamed up in my mind come to life is surreal to say the least. Is it okay to say I’m in lust with my own vampire? Of course, it is, and I am. Who doesn’t love a hot bloodsucker? 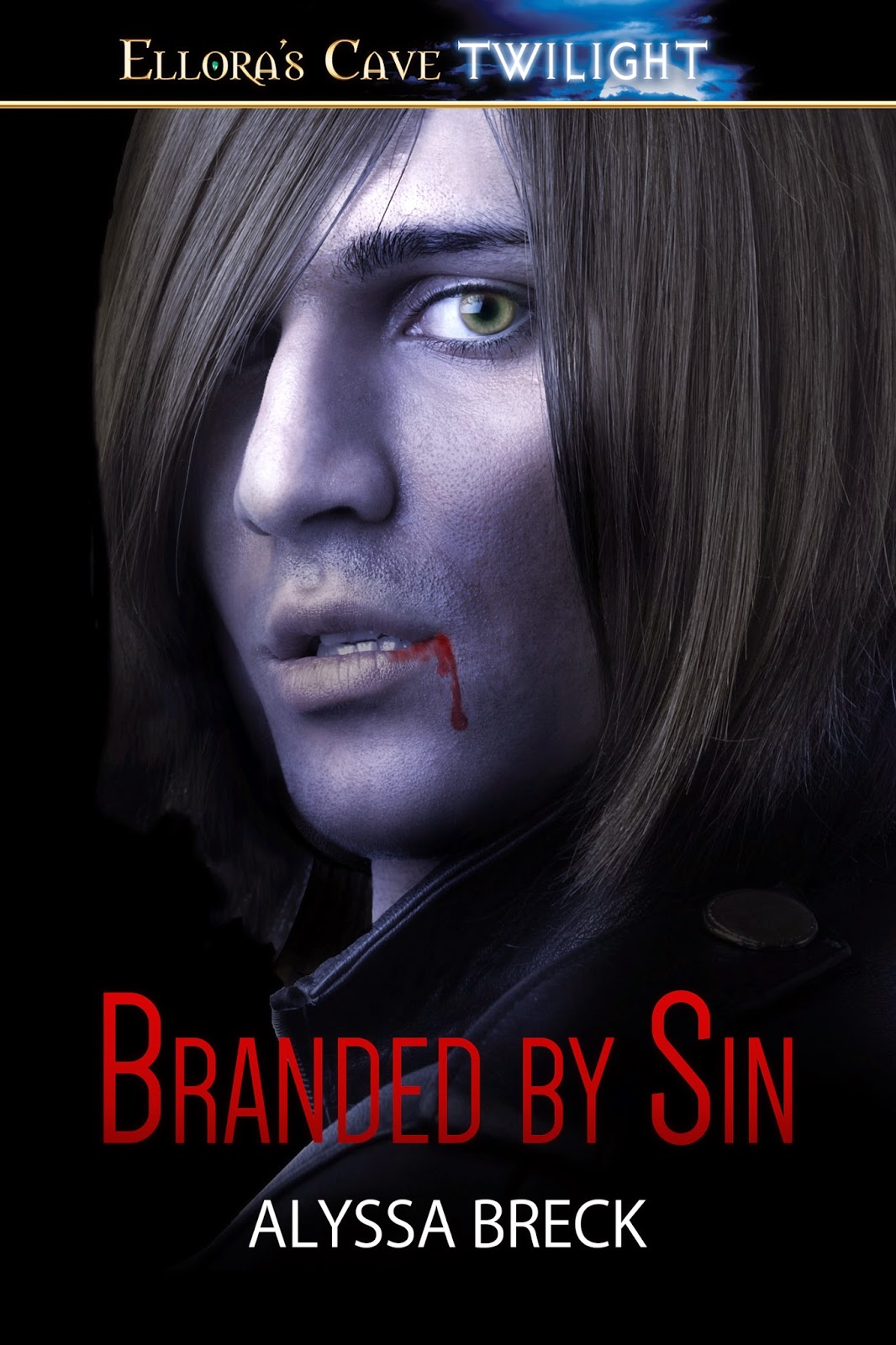 Sean Black’s penchant for sex, drugs and rock ’n’ roll turns deadly when Christy, his occasional bed partner, takes their sexual shenanigans one step too far. There’s blood. Lots of blood. And the next time Sean wakes up, there’s even more on his hands—but not his own. Turns out Christy is a vampire, and the newly turned Sean is forced to watch her execution at the hands of her own mate, Giacomo Francelli.
Thus began Sean’s initiation into the Bad Blood Empire.
Twenty years later, Sean is comfortable with life as a BBE member, hunting bad paranormals and dating Lila, a sweet human who provides enough sex to kill an average man. But his cozy life is turned upside down when Giacomo becomes an assassin’s target. Lila gets caught in the crossfire, trusts are betrayed, loyalties tested…your basic all-hell-breaking-loose scenario. When the dust settles, the BBE issues an ultimatum for Lila. And that’s when Sean’s real troubles begin…
A Romantica® paranormal erotic romance from Ellora’s Cave

Writing Sean has been a labor of love. He’s been in development for a few years and it wasn’t until last year that I was finally able to start telling his story.  Or should I say that he started telling me his story and I transcribed it. Yes, I really do hear voices in my head (other crazy writers will understand this). *wink wink*
The Bad Blood Empire series is contracted by Ellora’s Cave for three books. The first two, Branded by Sin and Broken by Fate, are completed. I’m currently tapping away at the keyboard to finish book three, Bound by Blood. Will there be more? I’m not sure. But Sean is a chatty bastard, so I’m going to say there probably will be.
I’ve had a busy year. Touched by a Demon, a dark-themed erotic short story, has also been contracted by Ellora's Cave and is currently in editing.
My rock star novella, Unraveled, will release on August 4, 2014, in the Girls Night Out bundle with fellow authors Saranna DeWylde, Beth Williamson and Tielle St. Clare. I’m super excited to be featured alongside these very talented ladies
Projects in progress include some very cool collaborations. I've teamed up with my friend and colleague, Carrie Clevenger (writing as Annice Sands), to write a fun book that features a rodeo beauty queen, an alien cowboy and glowing body parts. I see that look on your face. Haha. I confess that I’ve been a bad influence on Carrie. But it’s so bad that it’s good, if you know what I mean. I suspect the two of us will get some raised eyebrows from people over this story. *snickers* For now, we’re affectionately calling it our “ugly baby.”
I'm also in the preliminary development stages of a warrior series with my friend and fellow author, Saranna DeWylde. Oh, and there may be some Duran Duran fanfic with the wonderful Louisa Bacio and a host of other authors. My writing schedule is pretty much full until next year. I'm blessed to have the opportunity to work with some amazingly talented writers.
Moving right along. I’ll be a featured author at Authors After Dark in Charlotte, North Carolina, August 5-10, 2014. I’ll also be a featured author at the Austin Author Affair in Austin, Texas in April 2015. If you’re so inclined, come out and see me at these events. I’ll be signing books and giving away some cool swag.
Thanks for stopping by and seeing what I’m up to. Until next time…
Posted by Alyssa Breck at 6:35 AM No comments: